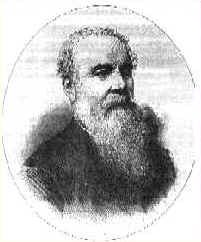 John Charles Ryle was born to John And Susanna Ryle of Macclesfield, Cheshire County, England on May 10, 1816, . He attended Eton and then went on to Oxford, completing his Oxford studies in 1837, at which time he became a committed believer through faith in Christ.

Bishop Charles Sumner of Winchester ordained J. C Ryle as a minister in the Anglican Church, (Church of England) in 1841. In 1880 Ryle was named the first Bishop of the newly constituted diocese of Liverpool.

Throughout his ministry he became known and beloved as a defender of the evangelical reformed faith.